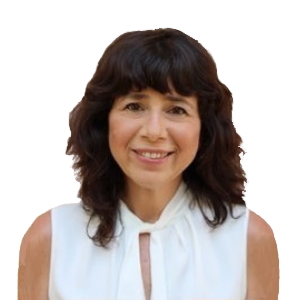 Noya Rimalt is a Professor of Law at the University of Haifa. She specializes in gender issues, criminal law and feminist legal theory. Her work analyzes the intersections of gender, law and feminism in both legal theory and practice. She currently serves as the founding co-director of the Forum for Gender, Law and Policy.

Professor Rimalt has been a pioneer in promoting clinical legal education in Israel. In 1993 she established the first clinical program in civil rights at Tel Aviv University and served as its founding director until 1999 when she joined the University of Haifa.

In recent years Professor Rimalt was a visiting professor at the University of Toronto Centre for Ethics and a visiting faculty at Georgetown Law Center and at the Washington College of Law at American University.

She has written articles on numerous issues such as female offenders, sexual harassment, gender and multiculturalism, women in the military, female conscientious objectors, motherhood and work, abortions, criminalizing the client in prostitution, gender segregation in academic programs for the Ultra-Orthodox, pay equity and affirmative action. She has published extensively in leading law journals. Her book Legal Feminism from Theory to Practice: The Struggle for Gender Equality in Israel and the United States has been published in 2010. She is the recipient of the 2018-2019 Excellence in Teaching Award.

How parental-leave policy has failed to bridge gender gaps

To every little girl: No, you can’t be president – Haaretz