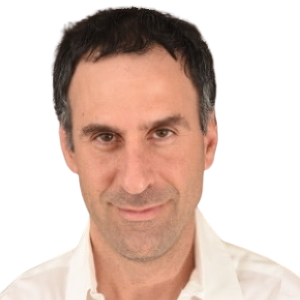 Oren Gazal-Ayal, is the dean of the Faculty of Law at the University of Haifa. He is an expert in criminal law and procedure, in sentencing law and in law and economics. He is regularly published in leading journals, including Duke Law Journal, The Journal of Law & Economics, The Journal of Empirical Legal Studies and all the leading Israeli legal journal. His papers are frequently cited in decisions of the Israeli Supreme Court.

He serves as the vice chair of the public committee for the prevention of false convictions (headed by the former Supreme Court Justice, Yoram Danziger), the head of the committee for examination of

unauthorized absence from service in the IDF and a member of several other public committees including the Committee for Alternatives to Incarceration, the Advisory Committee to the Minister of Justice for Criminal Procedure and Evidence Law, the Academic Advisory Forum to the Inspector General of the Israeli Police, and the Academic Advisory Forum for the Israel Prison Authority. In the past he was also a member and coordinator of the public committee for the Examination of the Punishment and Treatment of Convicted Offenders (the Dorner Committee) the head of the committee for the examination of drug offences in the IDF and has held other public advisory positions, such as advising the Knesset, the Attorney General, and the Military Advocate General.  He initiated a reform in alternatives to criminal proceedings which was subsequently legislated by the Israeli parliament (the Knesset) in 2012.

He has won several prizes for his research including the Minister of Public Security Prize (twice: 2002, 2008), the Dusty and Ettie Miller Prize for Outstanding Young Scholar (2008), the Cegla Prize (2008) and the Fatal Prize for excellence in Research. He also won several prestigious and competitive research grants from, among others, the Israel Science Foundation (ISF, three times) and the German Israeli Foundation (GIF).

Gazal-Ayal has been a visiting scholar and visiting professor in universities around the globe including Oxford University, Worcester College (2019), NYU law school (1999) Connecticut law school (2004), Michigan Law School (with Fulbright, 2004-5), the Max Planck institute in Freiburg (2007) and Aix-Marseilles (with Erasmus Mundus Grant, 2008). In 2009-2010 he served as the president of the Israeli Law and Economics Association. Gazal Ayal was a member of the Israel Young Academy and of the Global Young Academy, and based on the nomination of the Israeli Academy of Sciences, and was selected by the IAP – The Global Network of National Science Academies, as one of 55 “Outstanding Young Scientist” and took part in the New Champions 2010 meeting of the World Economic Forum Summer Meeting (the “Summer Davos” meeting).

on the submarine corruption
criminal investigation