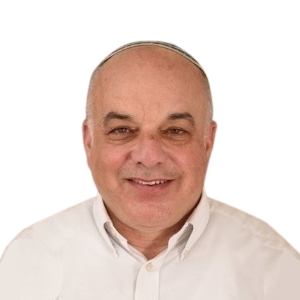 Prof. Yehiel Kaplan is an Associate Professor at the Faculty of Law ,University of Haifa.His Dr. Jur. is from the Faculty of Law,The Hebrew University of Jerusalem.His Dr. Jur. thesis -“Jewish Public Law of Franco-German Jewry from the Xth through the XVth Century”-was written under the direction of prof. Menachem Elon. He was also a visiting scholar at the Law school of The university of California,Berkeley.His training there was in Medieval Roman and Canon Law,

under the direction of Prof Stephan Kuttner and Prof. David Daube.In addition his Post Dr. Research ,in the sphere of Family Law, was in the Centre for Socio-Legal Studies ,at the University of Oxford.He also taught Introduction to Jewish Law at the Law school of Southern Methodist University.His areas of research are Jewish law and Family Law.He published articles in the Jewish law law reviews of the Faculty of law of the Hebrew University of Jerusalem and the Faculty of law of Tel Aviv university and in the law reviews of all the Faculties of law of universities in Israel and in law reviews in the United States and England.The focus in his articles is upon several aspects of medieval Jewish public law,several aspects of children’s’ rights in Israel, New trends in Family law in Israel and Jewish law,Jewish divorce law and divorce law in the Rabbinical courts,The policy of the Rabbinical Courts in spheres such as human dignity and freedom and best interest of the child,and the legal relationship between parents and their children in Jewish law.

Participation and Organization in Scholarly Conferences