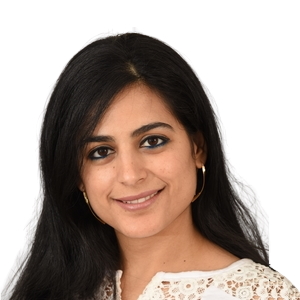 Dr. Karin Carmit Yefet is an Associate Professor and a senior lecturer at the Faculty of Law of the University of Haifa. She is also a member of the Israel Young Academy as well as the Global Young Academy which includes the world’s top 200 young scientists in all disciplines. She earned her Master’s degree and a doctorate from Yale Law School as a Fulbright and Fischman scholar, and completed the LL.B. & LL.M. Honors program at Bar-Ilan University summa cum laude and first in her class.  Her award-winning scholarship on family law and feminist legal theory has been published in leading journals and focuses on the impact of religion on various dimensions of women’s life from a feminist, comparative, and constitutional perspective. She has also written extensively on issues pertaining to the family, the military, Orientalism (Mizrahi legal studies) and female sexuality.

Dr. Yefet clerked at the Israeli Supreme Court (for the Hon. Justice Jacob Türkel), served as a senior adviser to the State Committee for investigating Israel’s adherence to International Humanitarian Law, and advised the Israeli Ministry of Justice as well as the Israeli Ministry of Foreign Affairs on women’s rights issues, including with respect to the Report submitted to the UN Human Rights Council.

Dr. Yefet was awarded numerous competitive grants, prizes and scholarships, including the BIU Provost’s prize (for three consecutive years), The University of Haifa Provost’s Prize for Best Junior Scholar,the Israel Bar Prize, The Israeli Parliament and the Israel Committee of University Heads prize, the Cegla Prize for Best Article, the Justice Cheshin Prize for Academic Excellence in Law, the Dusty and Ettie Miller Prize for Outstanding Young Scholar, the Israeli Sociology Society Award for Best Article, The Gorney Prize for Junior Scholars for the Best Article in Public Law, The Society For Medicine and Law Prize for Best Article and an Outstanding Lecturer Award. Some of her articles have won international competitions, including those organized by the Harry Krause Emerging Family Law Scholars Workshop (twice), the Stanford-Pennsylvania International Junior Faculty Forum, and the University of Michigan Young Scholars’ Conference. Her article on the right to marital freedom was selected for the prestigious Constitutional Law Series as one of  the world’s “most important and influential works” on gender in constitutional law.