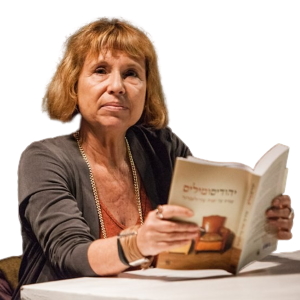 Fania Oz-Salzberger is Professor of History at the Faculty of Law, where she he heads the Posen Research Forum for Political Thought, and at the Haifa Center for German and European Studies.

Since 2016 she is Director of Paideia, The European Institute for Jewish Studies in Sweden.

She previously held the Chair of Israel Studies at Monash University (2007-2012) and the Laurance E. Rockefeller Professorship for Distinguished Teaching at Princeton University (2009-2010).

Articles or Chapters in Scientific Books

Fania Oz-Salzberger: The Nomad, the Merchant and the Refugee

Fania Oz-Salzberger: The Nomad, the Merchant and the Refugee